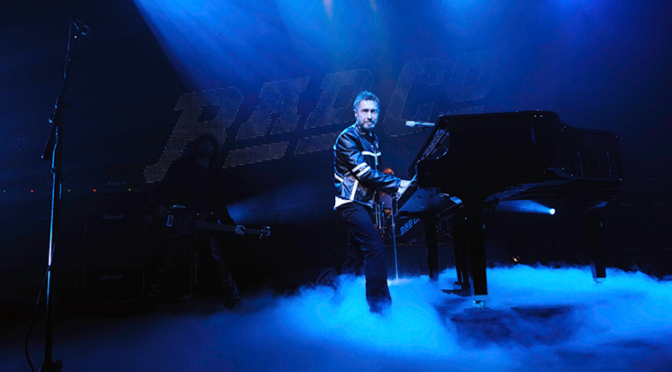 English rock super-group Bad Company is coming to Hard Rock Event Center on Friday, February 22 for their only Florida appearance of 2019. We caught up with the legendary front man Paul Rodgers to discuss Freddie Mercury, rock music, touring and more!

Rock has gone through so many different eras from the British invasion to psychedelic rock to heavy metal. What era impacted you the most?

The era of music past that impacted me most was the blues. The likes of Otis Redding, Wilson Pickett, Albert King, Muddy Waters, BB King, John Lee Hooker and Elmore James. Plus the soul music of Aretha Franklin, Sam Moore of Sam & Dave, The Temptations and The Four Tops.

As a young singer and songwriter I loved hearing their songs and stories. Listening to their songs I was inspired to write my own songs, but my early songs were from my imagination. As you can imagine at 18 I didn’t have the life experiences to write of.

You’ve toured with many different bands and artists over your career. What makes the chemistry with Bad Company so special?

My band history began with Free, a group I formed with an incredible guitarist, the late Paul Kossoff. Our biggest hit was “All Right Now”, a song I now include with our Bad Company show. Then, Mick Ralphs and I formed Bad Company. Mick is also a guitarist…stay with me, there is a pattern here. Led Zeppelin’s Jimmy Page and I began songwriting together resulting in starting up a band “The Firm”. Even in my time fronting Queen, that union happened because of my friendship with guitarist Brian May. It is often the case that singers and guitarists bond and are usually the songwriters in the band. The chemistry in Bad Company is still so special because of the fans and the lasting legacy that our songs have created. As a band, we know and understand each other so well. This is something that only 45 years provides.

There was a time you toured with Queen as their singer. Although you were not meant to replace Freddie, did you use Freddie as inspiration when you took the stage?

Brian May, Queen’s guitarist, has told me that the band were big fans of Free and in fact wore out their first LP of our “Fire and Water” album. When I joined forces with Queen, Brian, Roger Taylor and the band wanted to play 50% of my material and 50% of Queen’s. However, since they had not toured in 14 years, I really felt that the set should be Queen heavy. In the end we played 5 of my songs and 12 of theirs. My approach was just to be myself, which was advice that ACDC’s singer Brian Johnson was given when he took over for the late Bon Scott. After 4 years, I returned to my music with a new found respect for Freddie Mercury. I have not yet seen the movie Bohemian Rhapsody, but I am thrilled that it has been received so well. Queen’s manager, Jim Beach, and Brian and Roger are very deserving.

What is your favorite Bad Company song to perform?

My favorite Bad Company song to perform varies night to night. So many times it depends on the fans and how much they enjoy the songs and how well they sing along. That determines my favorite song from show to show. Having said that, “Shooting Star” and “Feel Like Makin’ Love” have become big crowd favorites live.

What is your favorite Bad Company song you’ve written?

Probably my favorite song that I wrote and recorded with Bad Company would be “Shooting Star”, although I’m proud of them all. I like it because at heart I’m a storyteller and it’s a good story with a very real edge to it.

What can fans expect from your show at the Hard Rock Event Center?

The show at the Hard Rock is Bad Company’s only show in Florida this year. The band has decided to play a total of 15 select shows in 2019. We will be playing fan favorites, all the hits plus a few surprises. I can’t tell you what they are– that would spoil the surprise. The crowd themselves are part of the show, a big part, and the fans have come to expect some audience participation. We all love that!

Click here to get tickets for Bad Company at Hard Rock Event Center.